In corporate world he is known by Dr.Bhupendra , however, in the metaphysical or spiritual world, he has been given the name of Sri.Chaitanyaji by his masters. Sri.Chaitanyaji is not only a name, but a state of awareness (SAT-CHIT-ANAND), a title which signifies a person who:

Sri Chaitanyaji has been initiated by many different master in many spiritual terms. They have handed over the task to Sri Chaitanyaji to make this entire world “Chaitanya” or full of ultimate joy and pleasure.

Thus, SOUL is the invention of Sri. Chaitanyaji, whose philosophy is not only spiritual, not religion, but a combination of modern technology and ancient spiritual system. It advocates about the non-duality of existence. His basic contribution is to stimulate and streamline everything in the life of mankind. To bring out the best of every school of thought. 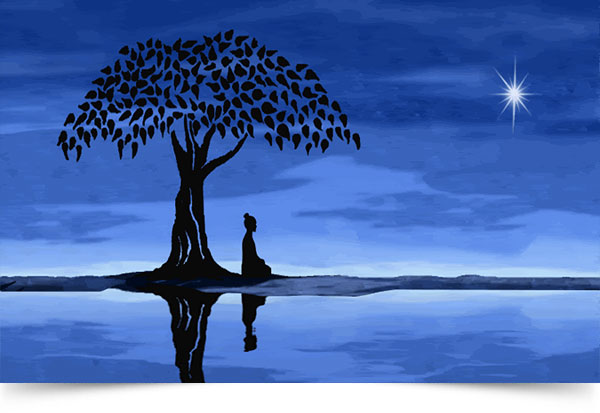 How many of you are aware about Indian Philosophy 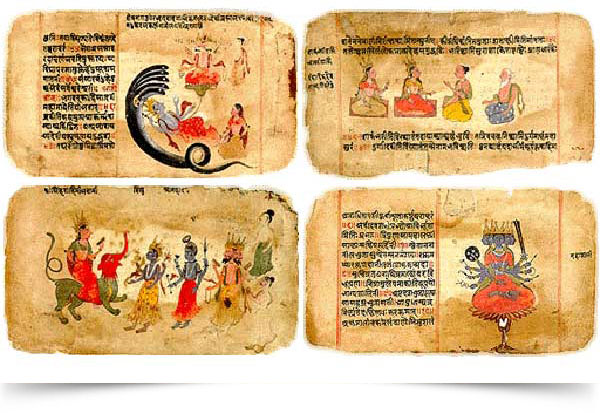 To give a background about religion in ancient Indian philosophy, there were 2 major groups known as the “Aastik” (Orthodox) and “Nastik” (Heterodox) groups which formed the religious paths. The “Aastik” group is the one which believed in the Vedas or scriptures and consisted of majorly 6 schools of religion or philosophy based on the Vedas:

Samkhya Darshan was the oldest philosophy and Yoga came out of Samkhya. Samkhya is a dualistic philosophy which does not believe in any deity or god, but advocates that the universe consists of two realities, consciousness and matter. A living being is a combination of both and hence this fusion gives rise to intellect as well as ego. Hence the beings are created with these 2 elements in various proportions giving rise to senses, feelings, mind and activity. Any imbalance or overwhelm in any of these characteristics gives rise to bondage of the mind. The end of this imbalance in elements is liberation.

The Yoga school of philosophy is also influenced and based upon the Samkhya school, with the same premise and elements. It consists of systematic studies to better oneself physically, mentally and spiritually. The Yogasutras were developed by Sage Patanjali, is one of the most important texts in the Hindu tradition and the foundation of classical Yoga.

Vaisheshik Darshan was an independent philosophy in the beginning of 2nd century BC, however, over time, it became similar to Nyaya Darshan in its conclusions, but retained the difference in its methodology and logics. It was similar to Buddhism in the sense that it recognized only two means to knowledge, perception and inference. Vaisheshik Darshan has very useful insights in naturalism or the study of atoms. It defines how the experiences of one’s life are determined by the nature, interplay and quality of its atoms or the smallest indivisible particles.

Nyaya Darshan: This school's most significant contributions to Indian philosophy was systematic development of the theory of logic, methodology and its theory that there are four means of gaining knowledge; perception, inference, comparison and words. They advocated that all human suffering was a result of wrong knowledge or false knowledge.

Mimamsa has 2 generations, Purv Mimamsa and Uttar Mimamsa. This school was foundational and influential to the development of Vedanta school of Hinduism. Purva Mimamsa emphasized Dharma or performance of Rituals, whereas Uttar Mimamsa, or Vedanta, emphasizes on study of knowledge and spirituality. It is Mimamsa which gave rise to the deep study of language and linguistics and has a lot of influence on the present day legal literature of India.

Vedanta or Uttar Mimamsa, is what formed the basis of Hinduism. It consists of Dvait (Duality) and Advait (Non-Duality) Vedanta and later Neo –Nyaya. Vedanta isn’t one comprehensive philosophy but has evolved with views of more than 10 different schools of thoughts.

Advait Vedanta believes in the spiritual realization of the soul or atma. It was established by Shankracharya, later Raja Rammohan and Dayanand Saraswati created their own versions based on their experiences and in the modern era, we should not forget the contribution of ISKCON , who took it around the world in the form of Bhagvat Puraan (the life of Shri Krishna) and Bhagwat Gita (His teachings to Arjun before Mahabharata) .The Bhagvat Gita has played a major role in forming the philosophy of Vedanta.

Other schools or teachers who spread this school were, Arya Samaj, Sri Ramkrishna Paramhansa, his disciple Swami Vivekanada and Sri Aurobindo. In the west, it was Be karte, further expanded and experimented by Moore called Sukhwaad, and Dr. Mill who established modern Hedoism.

Both Nyaya and Samkhya Dharma got lost in the end of the 17th century. Gupt kaal was the golden period of Vedanta when Chandragupt Maurya spread it throughout the world.

Similarly, there are 3 schools of Nastiks, which condemn Vedic philosophy, these are:

SOUL foundation is based on the firm belief of Advait Vedanta. We are doing research to find out how you can use the ancient systems in the modern world to attain maximum well being according to the current situations. “Manusmriti” is a very important part of Hindu scriptures and contains legal literature about ancient India. Even though it is very significant, it has some disagreements like it excludes an equal social status to women and lower castes. Therefore, SOUL has extracted only the very useful aspects of Manusmriti beneficial to mankind as a whole.

Sri.Chaitanyaji studied all philosophies & systems throughout the world, which have existed in the past and current time. He realized that there is lot of confusion within the systems and everyone is preaching their own methods, although all the systems consist of some positive and some negative elements. Therefore, he decided to provide people with some very simple techniques and philosophy which is detached from all religions.

This system does not deny or accept any religion. It has respect towards all religions and scriptures, but it believes in only one religion and that is the wellbeing of mankind. And, that the ultimate goal of mankind is to attain enlightenment or as some schools call it, “Brahmavastha”. In this system we call it ultimate level of pleasure which is the aim of human life.

Hedonism is the philosophy that believes in physical pleasure or satisfaction of the senses. It believes that there is only one life and the aim of that life should be make it better and attain all materialistic goals and enjoyments, and that is the goal of human life. Similarly, Charvakas philosophy was also based on similar lines and it got lost somewhere down the line. Entire West is based on Hedonism or the philosophy of physical indulgence of the senses.